The wireless industry is experiencing perhaps the most active policy agenda in its history, Jonathan Adelstein, president and CEO of the Wireless Infrastructure Association, said during a webinar presented by the City Networks Task Force Aug. 16. Adelstein and Doug Dimitroff, a partner at Phillips Lytle focused on commercial real estate and telecommunications law, outlined a packed landscape of policy initiatives and activities impacting the wireless industry as well as an update on the Federal Communications Commission’s Broadband Deployment Advisory Committee (BDAC), during the webinar. 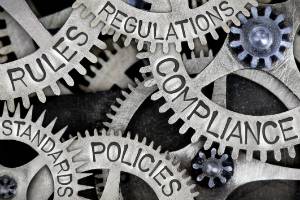 Adelstein noted that WIA, which represents the entire wireless infrastructure ecosystem, encourages a positive regulatory environment for siting wireless infrastructure, and regulators are receptive to the idea of crafting policies that advance broadband deployment and ensure the U.S. leads the world in the move to 5G networks. “In my two decades working in this field, I’ve never seen more support from the government at all levels,” Adelstein said. “We have an enormous opportunity to leverage 5G in order to get what we need from the regulatory agenda.”

Price per megabit has fallen dramatically in the past decade, giving consumers access to more data at faster speeds for less money. This is good news for consumers but leaves carriers squeezed as they continue to make investments in infrastructure to accommodate an insatiable demand for data without increasing prices. Streamlining deployment of sustainable and responsible sites is important for carriers to continue to invest in the country’s wireless infrastructure, Adelstein said.

“We have to make sure they don’t encounter undue, expensive regulatory hurdles or delays that they can’t afford,” said Adelstein. “Regulators are coming down on our side more and more, recognizing that carriers need to build a lot more infrastructure across the country.”

Adelstein said WIA has seen a great deal of bipartisan progress in Congress on a variety of important issues to the wireless infrastructure industry. These include the $1.3 billion Omnibus bill passed this spring that included the RAY BAUM’s ACT, which allows the FCC to auction new spectrum, including planned mid-band spectrum. WIA also worked to have provisions included in the SANDy Act that ensure wireless companies can access their equipment during disasters. The MOBILE NOW bill requires the FCC to identify additional spectrum that could be offered in the future and speeds broadband deployment on federal lands. And the STREAMLINE Small Cell Deployment Act establishes shot clocks for approval of small cells and outlines cost-based siting application fees. Finally, WIA worked to add language to an FAA reauthorization bill that would have required rural towers to be marked and potentially lighted. The language that is poised to be included in the final legislation could save the industry $250 million.

“Under Chairman Pai, the FCC has eliminated all kinds of unnecessary regulations and many historic and environmental reviews,” Adelstein said. “These changes are already saving the industry from untold misery.”

Among the FCC’s policy initiatives that WIA has been involved with are one-touch make ready provisions for most pole attachments and a measure that prohibits state and local moratoria on site deployments.

“We’ve been fighting moratoria for years and it’s been great to see the FCC say those are illegal,” said Adelstein. “Big win for the industry.”

Wireless facilities siting has been the topic of discussion for the FCC’s BDAC since it was founded in 2017. Five working groups provided recommendations on competitive access to broadband infrastructure, removing state and local barriers, siting on federal lands, model code for municipalities and model code for states. The recommendations created by each of these working groups are in various stages of approval.

“One of the things that was evident was that several working groups were struggling with the issue of what is an appropriate set of values for rates and fees,” said Dimitroff. An ad hoc committee was created to study that issue, which Dimitroff said was perhaps the thorniest of the issues the BDAC faced. Some of the work the groups have done has already translated into FCC policy, including the recent directives on pole attachments and moratoria, which were influenced by the work the BDAC’s working group on competitive access to broadband infrastructure completed.

The two model codes groups have been working to harmonize language in their respective reports. The local model code report was finalized in July and is expected to be available within the next couple of weeks, Dimitroff said. The state model code will be revisited in coming months. An additional BDAC working group was announced in July to study disaster response and network resiliency That group is tasked with providing recommendations on measures that can be taken before a disaster to improve resiliency of broadband infrastructure. The group is being assembled now and is expected to run for two years.

On the state level, Adelstein noted that 21 states have enacted bills this year that are consistent with the framework WIA developed in conjunction with its members focused on efficient and responsible siting of wireless facilities, including height and size limits and a clear definition of what a small cell is. Two states are still considering small cell measures (Pennsylvania and Michigan). Adelstein said he expects a slew of legislation at states next year that focus on streamlined small cell deployment in rights of way, shot clocks and reasonable fees. The goal, he said, is to balance the needs of the wireless industry with the needs of localities.

PCIA and The DAS Forum file comments on 3.5 GHz proceeding

PCIA statement on U.S. court of Appeals ruling in favor of FCC authority